It’s summer in Helsinki, yay. And the first one that I experience from the very beginning. For Björn, it’s already the sixth summer in Finland. He told me, what’s his favourite place and what he misses most about his home country. 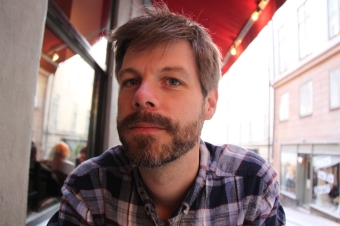 How do you like Helsinki? I like it very much because it‘s spread along the sea. Of course, I don‘t only count Helsinki to it. Automatically, I count Espoo to it. It‘s quite a nice mixture of new and old buildings and, then the fact that there is a lot of nature in between, that‘s very nice. For instance, the massive Keskuspuisto, the central park of Helsinki. And then there is the very nearby national park, which you can reach just by taking a bus or cycling by bike. That‘s quite exceptional that you have a real national park. I mean one that is big enough that you can spend a whole day and you haven‘t even crossed half of it and you can cycle there, ski in winter, there are lots of lakes and that‘s just at the gate of the city.

What‘s your favourite spot? That‘s near to where I live at Lauttasaari. The rocky shore at the sea, there is one spot pointing towards west. During afternoons and evenings you have really nice sun and the water is deep enough that you can go swimming there. You can see the islands and you feel like you are out from everything, apart from the bit of noise coming from the Länsiväylä.

Where are you from? Germany.

What do you miss most about Germany? Mostly, I miss the diversity when it comes to bars, coffee places and shopping. Not only the lower prices, but also when you know Finland a bit, you know that there are only two main chains of supermarkets. After a few years, you know what you can get. There is nothing new at all.

How often did you radically change your life? Twice, I would say. Just after studying I went to England and then after 2,5 years, when I moved to Finland.

What have you been proud of lately? Mainly the achievements in the company I work. We are quite a small team, but our products are known worldwide. That‘s quite nice to see. And then, of course, that my girlfriend moved here last summer. That it works out.

The older you get, what‘s easier to talk about? Maybe about weaknesses, because you know enough people who are not that strong either. Or about concrete plans, what you want, because you know there are many other people that know what they want, too. For example, goals in life, what you want to achieve as a family or privately. But that‘s not only about age. It‘s about the country as well. In Finland people are quite individualistic and therefore it‘s quite normal to say what you think and what you want; not like in Germany where you are always a bit careful what the other side may think of you. In Finland, you have the feeling quite many people don‘t care if they speak about personal things, that‘s personal and that‘s part of their life.

What book do you read at the moment? Hm. I don‘t read many books. I read quite a lot of magazines, all the time. Online magazines and real magazines, so there‘s not so much time for books. Can‘t quite say that I have read a novel lately. Some short stories, maybe. There are those that I read again and again, like H.P. Lovecraft, for example.

When did you stop being a child? I haven‘t been stopping (laughs). Well, I stopped being a child when I went abroad to England all alone. That was the first radical change.

What is your dream? Living somewhere in Scandinavia, on a small island, maybe having a small store or some place where you can sell stuff. It could be something self-made, or a food store or coffee shop.

If you could ask a question, what would be your favourite one? How did you open your own business?